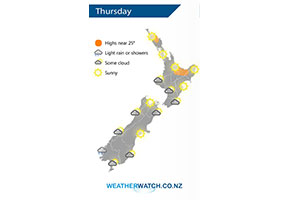 A ridge lies over New Zealand on Thursday extending out from an anticyclone centred in the Tasman Sea.

Mainly settled over the country on Thursday due to an anticyclone. Morning cloud with the chance of a shower for the lower western North Island breaks away to a mostly sunny afternoon, out east some cloud and the risk of a light shower for Wairarapa in the morning then gradually pushing northwards late afternoon or evening.

Mostly sunny for the West Coast of the South Island after morning cloud breaks away, staying a bit cloudy about Fiordland however with further showers there from afternoon. Mostly sunny in the east after morning cloud breaks away, Marlborough may see cloud be a bit more persistent during the day. Southland has the chance of a coastal shower in the morning. 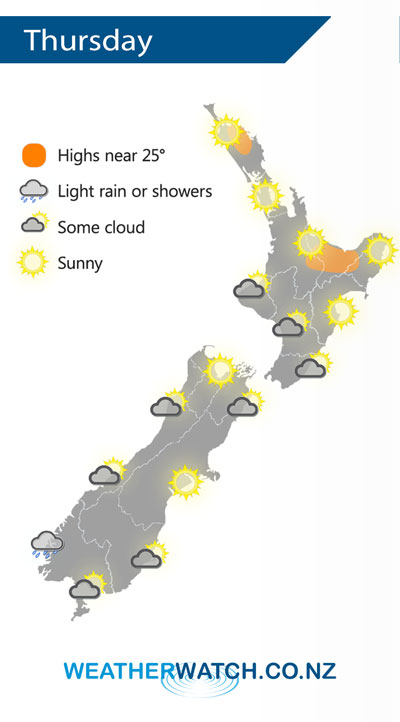