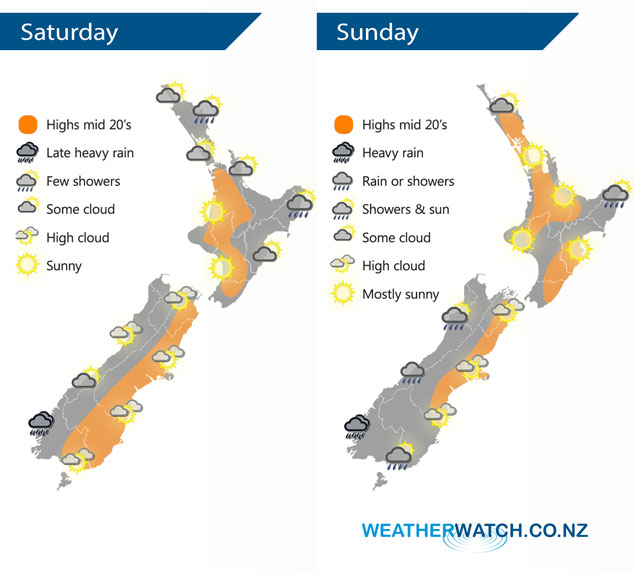 A ridge hangs over the North Island on Saturday, expect a northerly airflow further south. The ridge hangs on in the north on Sunday with a front slowly pushing into the west of the South Island during the day.

Some cloud for east / northeastern parts of the North Island on Saturday, the odd shower about Gisborne and eastern Northland easing during the day. Mostly sunny conditions in the west. High cloud for most of the South Island but expect areas of sun at times in the east and north. The West Coast has thickening cloud, rain for Fiordland becomes heavy later in the day / overnight.

Mainly settled and sunny for most of the North Island on Sunday, winds are light with afternoon sea breezes. Cloudy for the West Coast of the South Island with rain or showers, possible heavy falls about Fiordland. Patchy rain or showers for Southland and perhaps at times for Otago. Expect high cloud for other South Island regions.