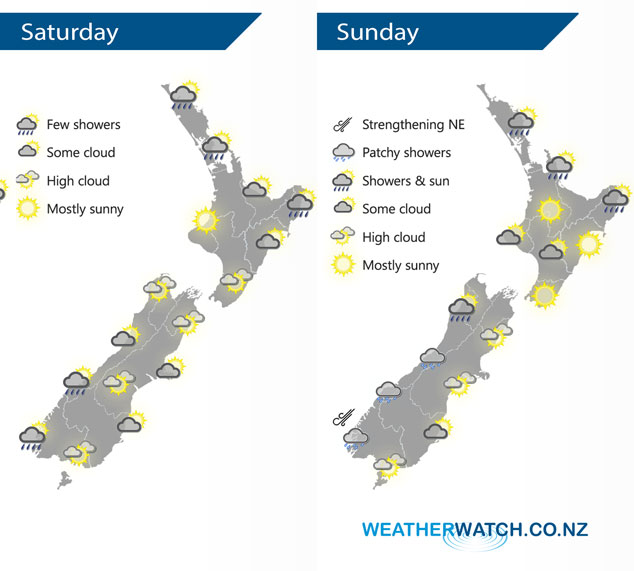 A large anticyclone centred to the southeast of the South Island spreads a ridge over New Zealand on Saturday. This ridge starts to weaken on Sunday with a northerly airflow starting to increase over the South Island.

Cloudy areas and the odd shower for the eastern North Island, Coromandel, northern Auckland and Northland on Saturday. Mostly sunny in the west Waikato southwards after any morning cloud breaks away. Morning cloud for the eastern South Island breaks to sunny areas, sunny spells for the West Coast and the odd light shower about South Westland.

A shower or two for northeastern parts of the North Island on Sunday although dry areas become longer from afternoon. Mainly dry elsewhere for the lower North Island. A dry day for the eastern South Island meanwhile the odd light shower starts to increase in the west.