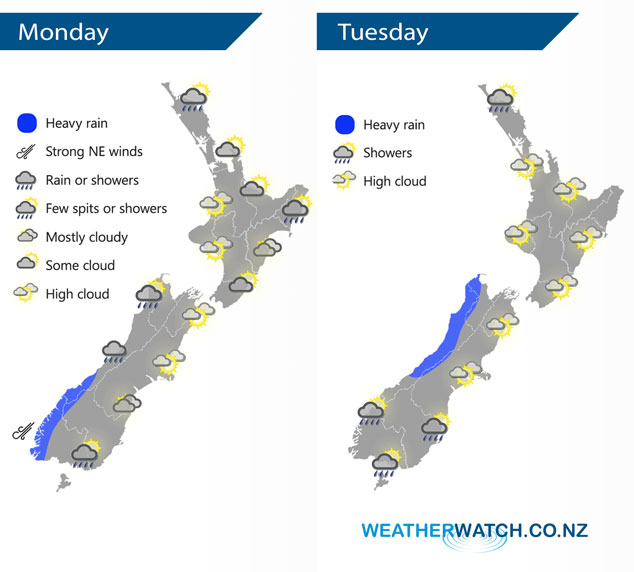 Mainly settled for the North Island today, some cloud about Gisborne and Northland brings the odd shower, mainly dry elsewhere. Cloudy for the West Coast with rain becoming heavy about South Westland, mainly dry in the east but there may be a few spots of rain about Southland / Otago this morning.

Sunny areas and high cloud for most of the North Island on Tuesday, a shower or two for northern Northland. Showers move into Taranaki / Kapiti in the evening. Heavy rain for North Westland eases from the south afternoon onwards as a southwest change pushes through. Sunny areas and some high cloud in the east. Expect showers about the far south with a southwest change.