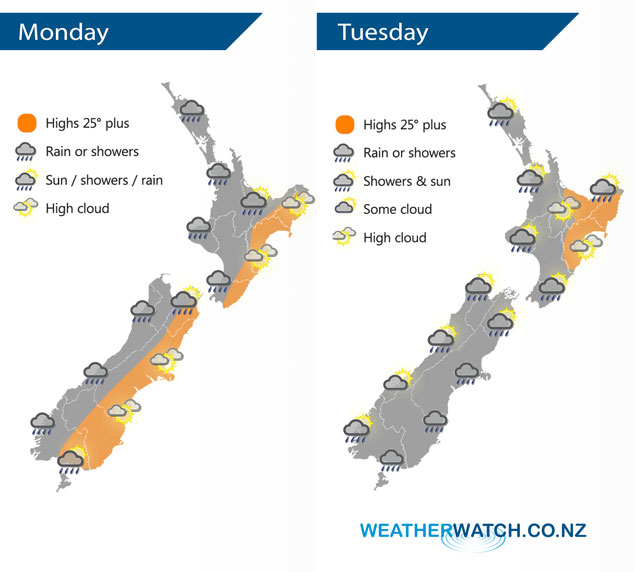 Sunny spells and the odd shower for western parts of the North Island on Tuesday, mainly dry further east although there may be a few clearing morning showers for eastern Bay Of Plenty. Any morning showers clear the West Coast of the South Island then becoming mostly sunny, in the east rain or showers about Southland / Otago push northwards into Canterbury during the morning then Marlborough in the afternoon with south to southwest winds.