InfoGraphic: The Big Picture for Good Friday across NZ 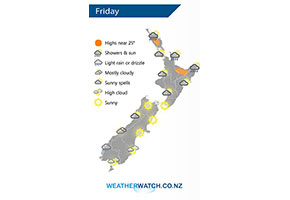 High pressure is building over New Zealand and the clouds are starting to falling apart as we head into Good Friday.

There will be a couple of remaining showers in the north of the country where it will be warmest, while some late rain or showers will move into Fiordland and maybe South Westland.

Some areas in the east and central parts of the country will be very sunny while most regions will generally see a mix of sun and cloud – especially coastal areas.

Winds should be light in most regions but may pick up a little later in the day in the south.

Have a great, safe, Easter break from the WeatherWatch.co.nz team 🙂 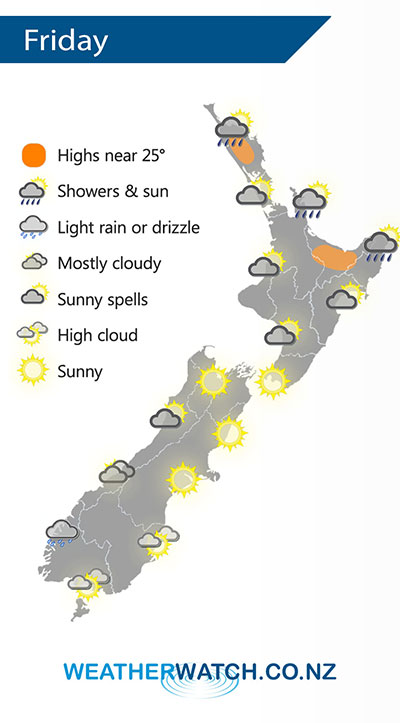