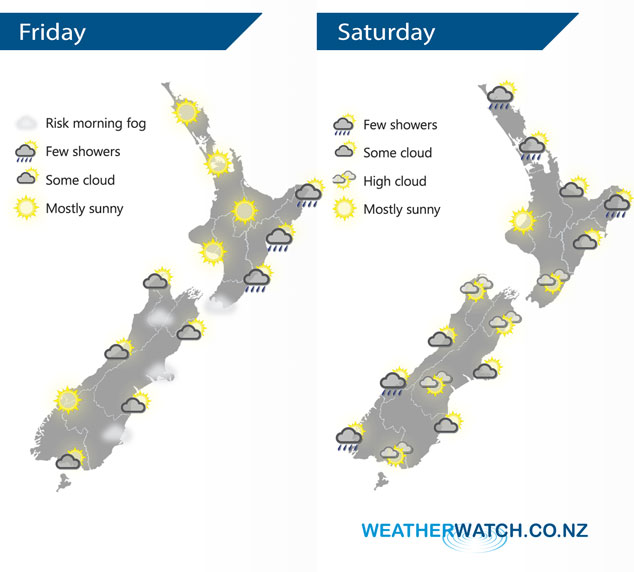 A large anticyclone centred to the southeast of the South Island spreads a ridge over New Zealand today and on Saturday.