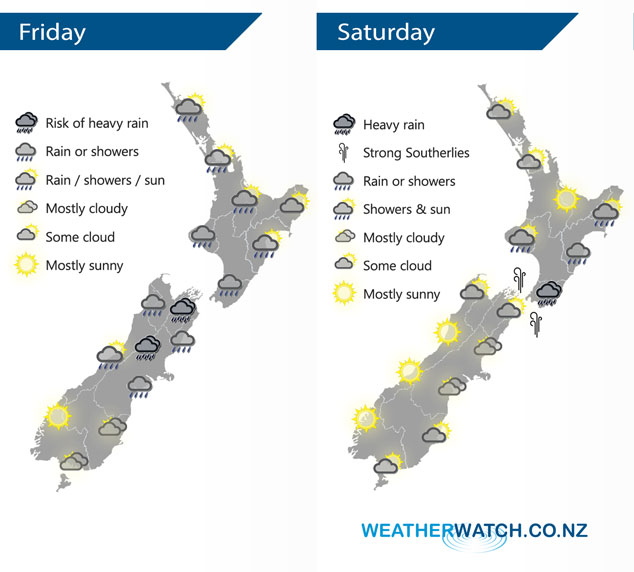 A front pushes over the North Island today meanwhile a ridge of high pressure starts to sneak in over the lower South Island.

Most North Island regions see rain or showers today, rain may become heavy about Wellington / Wairarapa overnight as southerlies freshen. Mostly sunny for the West Coast of the South Island however expect morning showers about North Westland then clearing away. Cloudy areas for Southland / Otago. Rain for Canterbury, Marlborough and Nelson eases from the south. Heavy falls possible about inland areas then easing later in the day.

A mix of sun and cloud for the upper North Island on Saturday, morning showers clear in the southwest. Rain about Wellington and Wairarapa may be heavy in the morning then gradually easing. Rain or showers push into Hawkes Bay / Gisborne from afternoon. Strong southerly winds ease from evening. Mostly cloudy for the eastern South Island although sunny spells start to break through about Southland / Otago. Sunny for the West Coast.