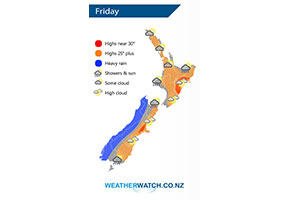 A front pushes northwards over the South Island during Friday bringing rain in the west and dry hot weather out east for most. Northerlies for the North Island with the aforementioned front moving into the southwest overnight.

Sunny spells for most of the North Island on Friday, the odd shower about eastern Bay Of Plenty / East Cape. A few showers move into Taranaki in the afternoon then spreading into most southwestern parts of the North Island later in the evening / overnight.

Heavy rain spreads northwards along the West Coast of the South Island during the day, mainly dry in the east with some high cloud although a few spots spread into Marlborough for a time. A few showers spread into Southland during the afternoon and perhaps Otago by evening with a west to southwest change. 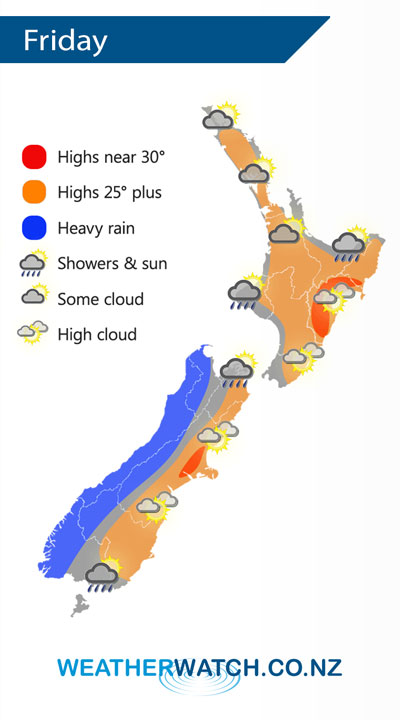