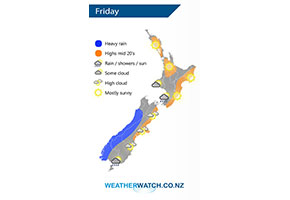 Northwesterlies continue for New Zealand on Friday. Heavy rain for the West Coast of the South Island, dry and warm out east and for most North Island regions.

Mostly sunny for the upper / eastern North Island on Friday, any morning cloud for Auckland, Waikato and Bay Of Plenty breaks away. Sunny spells in the southwest (Taranaki through to Kapiti), chance of a light shower at times for Taranaki and Kapiti.

Rain for the West Coast of the South Island with heavy falls, thunderstorms at times about South Westland. Showers at times from late morning about Southland, the odd shower or spit of rain may spread into Otago in the evening. Sunny areas and some high cloud from Canterbury up through to Nelson in the east. 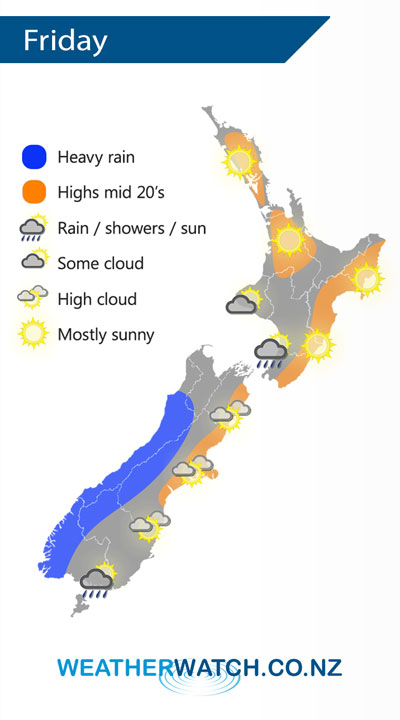