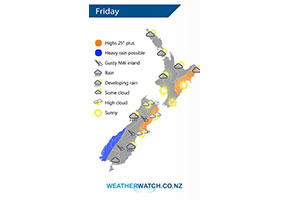 A front pushes onto the lower South Island on Friday morning then weakens as it moves northwards. A ridge lies over the North Island extending out from an anticyclone in the Tasman Sea.

Some cloud for the upper North Island on Friday although expect areas of sun especially in the afternoon, a chance of morning fog for the Waikato. Mostly sunny elsewhere for the North Island.

About the South Island expect mostly cloudy skies in the west, rain about South Westland is heavy at times then clearing later in the evening or overnight. In the east conditions are mainly dry and warm with some high cloud ahead of a southwest change, rain pushes into Southland in the morning, Otago early afternoon then southern Canterbury in the evening. Northwesterly winds ahead of this change are gusty about inland areas. 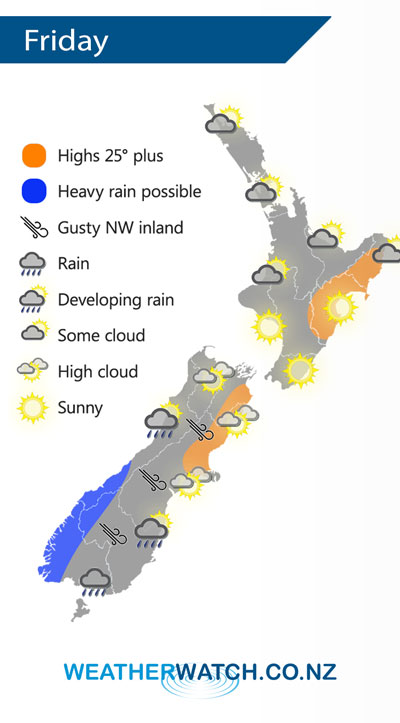