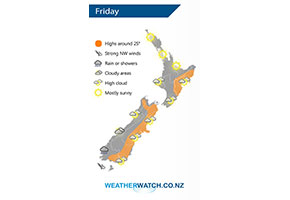 An anticyclone in the Tasman Sea casts a ridge of high pressure over the North Island on Thursday, further south expect a north to northwesterly airflow.

Mostly sunny for a majority of the North Island on Friday, some high cloud likely at times though. Winds are light in the east and tending west to southwest in the west.

Sunny areas and some high cloud for most of the South Island, getting into South Westland skies are cloudier with some rain gradually moving into Fiordland. 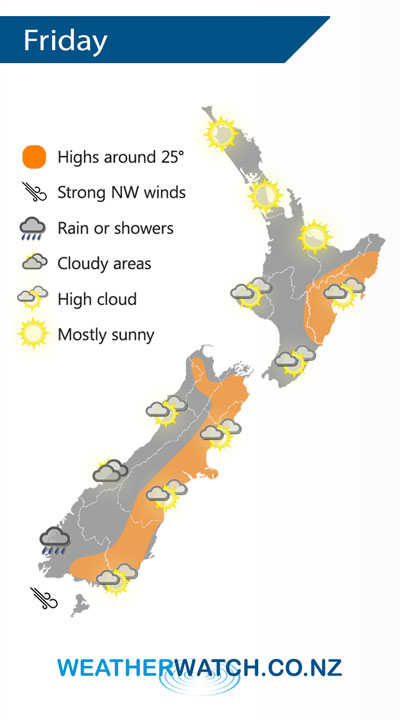