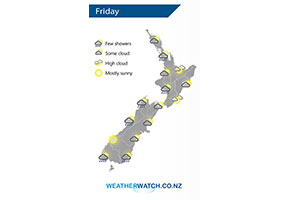 A southwesterly airflow lies over the country on Friday.

A shower or two for the West Coast north of about Hokitika, sunnier skies further south. A mix of sun and cloud for Marlborough and Canterbury, a shower or two possible about Southland / Otago otherwise mainly dry. 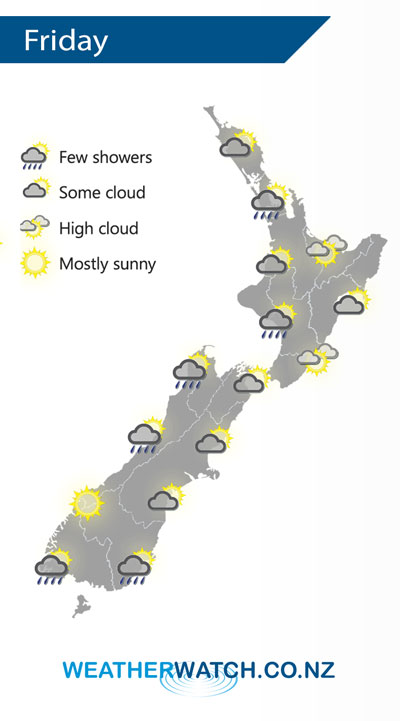