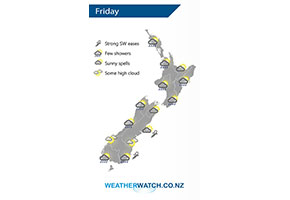 A moderate southwesterly airflow lies over the country on Friday, perhaps strong in the morning out east then easing.

Mostly cloudy for the western and upper North Island on Friday, there may be a shower or two about also especially Taranaki through to Kapiti. The Bay Of Plenty stays mainly dry with more frequent sunny spells. Showers about Wairarapa spread further north along the east coast during the afternoon.

Cloudy areas and the odd shower Hokitika northwards for the West Coast, sunnier conditions further south. A mix of sun and cloud in the east, a few showers out on Banks Peninsula don’t clear till evening. Morning showers for Southland and Otago then drying out with increasing sunny areas in the afternoon. 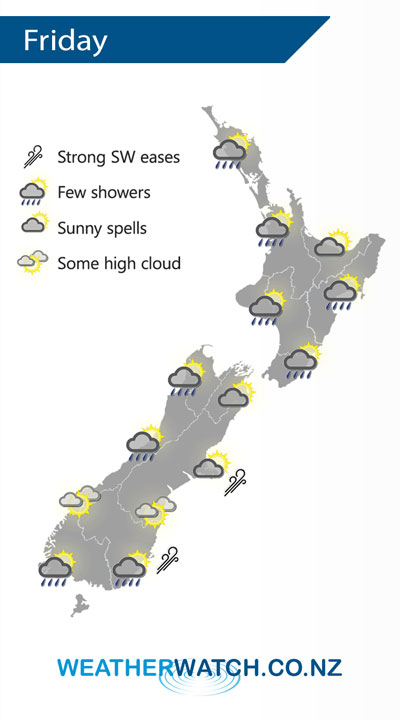