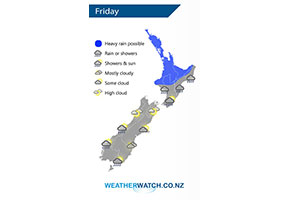 An area of low pressure brings rain to the upper North Island on Friday with heavy falls possible, more settled further south however there are still a few showers about.

Areas of rain may be heavy about the upper North Island on Friday, especially early morning then again late afternoon / evening. A few showers further south.

The odd shower for the West Coast of the South Island, mostly sunny with some high cloud about Nelson / Marlborough. Canterbury has some morning sun then cloud builds from afternoon with southeasterly winds. Cloud and the risk of some drizzle developing in the morning about the far south. 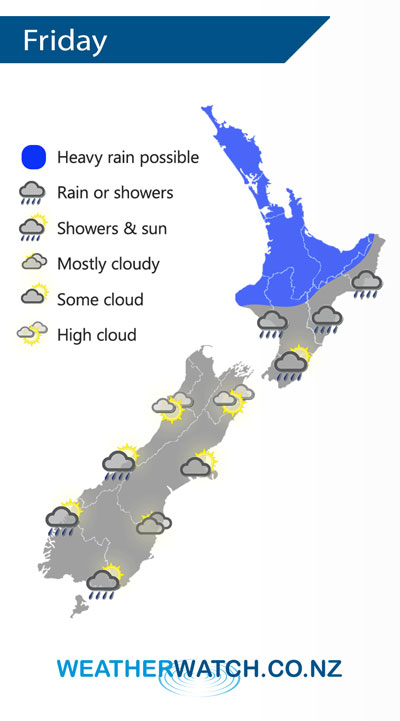