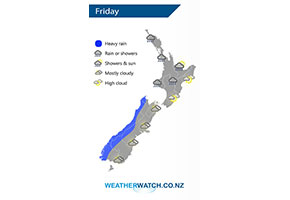 A front passes from west to east over the country on Friday, arriving about eastern regions late afternoon or evening.

A mainly dry morning for western New Zealand on Friday then rain develops around midday, becoming heavy for some. Perhaps a thunderstorm in the afternoon for western parts of the North Island then easing in the evening as northerlies change northwest or westerly.

High cloud for eastern regions, a few spots of rain late afternoon or evening as a front passes over, northeasterly winds tend north to northwest later in the day. 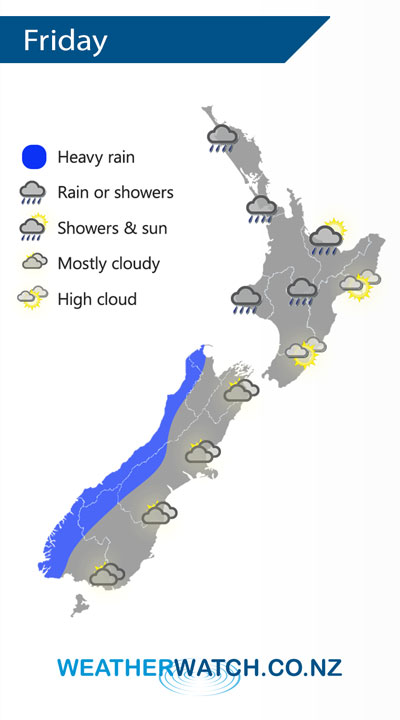