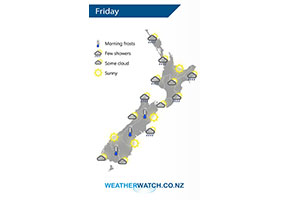 A moderate southwesterly airflow lies over New Zealand on Friday moving around a large high pressure system in the Tasman Sea.

The odd shower clears the western North Island on Friday morning, not clearing Northland till evening. The Waikato and Bay Of Plenty have a mainly sunny day. The odd shower about eastern coastal fringes clears in the evening (Gisborne to Wairarapa).

The South Island is mainly sunny for the majority…. however, some morning cloud and the risk of a shower clears Buller. Showers clear Banks Peninsula in the afternoon. Some coastal cloud hangs about Southland and Otago during the day. A chilly start to the day for inland areas. 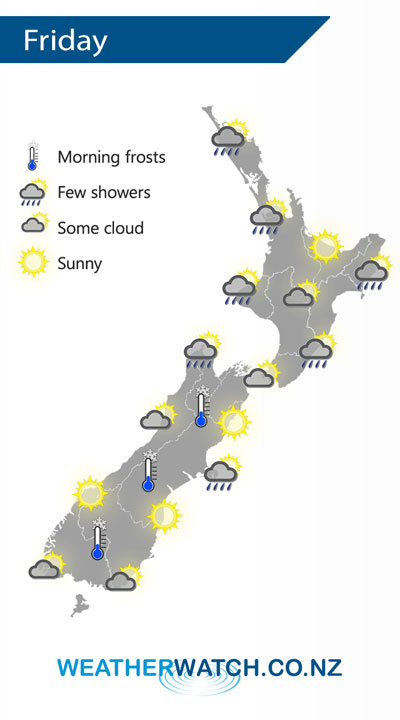