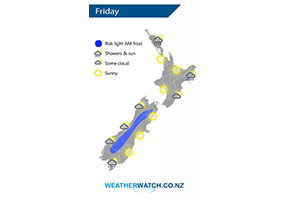 A ridge lies over most of New Zealand on Friday bringing mainly settled weather.

Mostly sunny for a majority of the North Island on Friday, Auckland and Northland could see a morning shower then again from afternoon. Gisborne sees morning showers clear however cloudy areas remain. Any morning cloud for Wairarapa and Hawkes Bay clears then mostly sunny.

Mostly sunny for the east and north of the South Island, perhaps a light frost to start the day for inland areas. A shower or two may move through Southland at times. 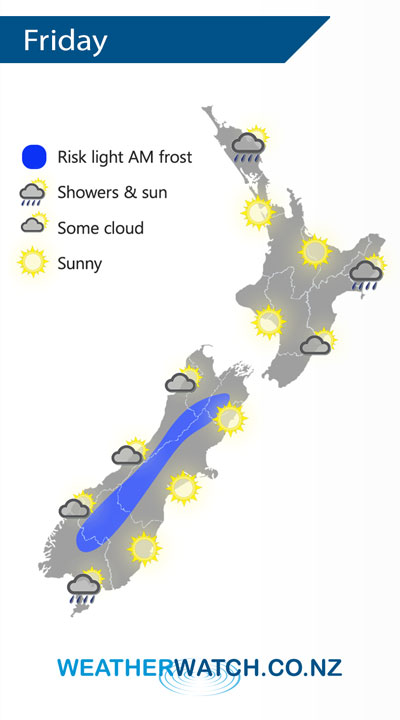