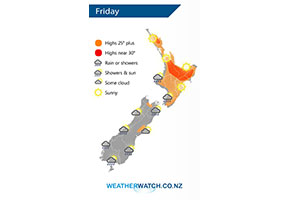 A weak front moves over the North Island on Friday, meanwhile another front lines up the lower South Island. A period of more settled weather for regions between the fronts.

Mostly sunny for the upper North Island on Friday, later in the evening some cloud and the risk of a shower moves in from Northland down through to the Waikato. A few morning showers from Taranaki through to Kapiti then sunny areas break through from afternoon. Sunny along the east coast although a shower or two is likely in the afternoon for Wairarapa. 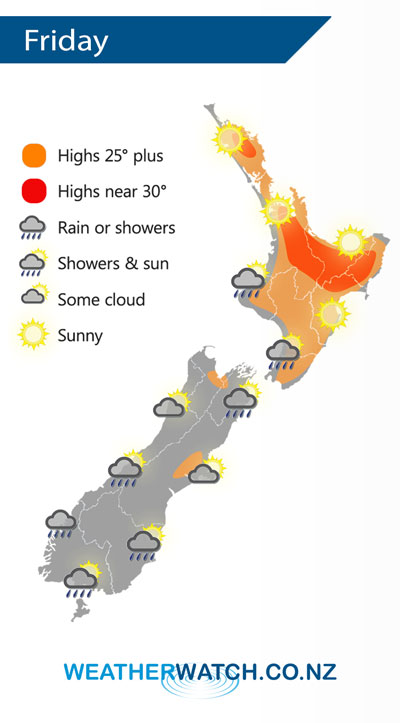