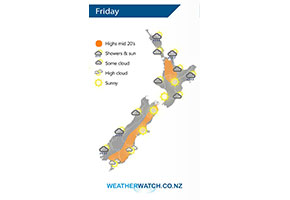 A large anticyclone with its centre east of the country directs an easterly quarter airflow over New Zealand on Friday.

A shower or two at times during the day for the northeastern North Island on Friday, a mix of sun and cloud elsewhere.

Some cloud for the West Coast of the South Island, a few showers about Fiordland especially later in the day. Mostly sunny along the east coast, perhaps some high cloud. 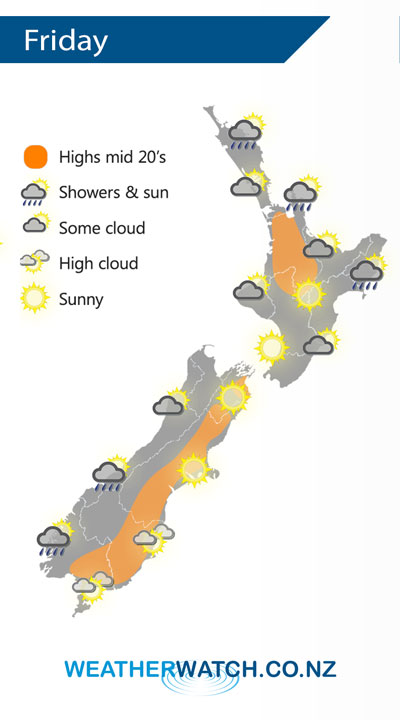