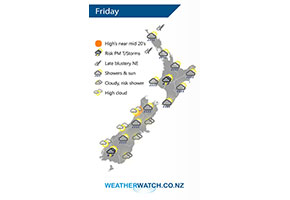 A large high to the southeast of the country and a low in the Tasman Sea directs a humid northeasterly airflow over New Zealand on Friday.

Fairly dry for the western North Island on Friday morning then the odd shower moves in by midday, rain gets into northern Northland in the evening. In the afternoon showers becoming heavy with a chance of thunderstorms about Taranaki and perhaps across to the Central North Island. Morning showers along the east coast then some afternoon sun breaks through. 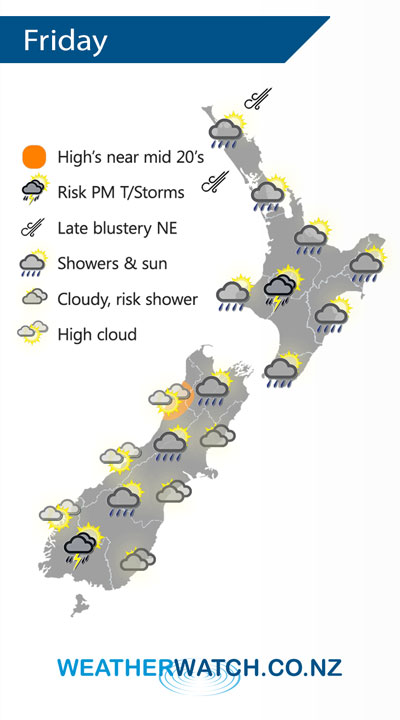