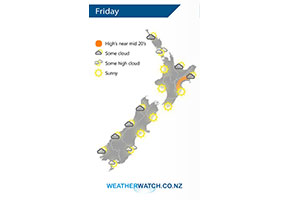 An anticyclone brings mainly settled and sunny weather to New Zealand on Friday, just the West Coast of the South Island is a bit cloudier than elsewhere.

Mostly sunny for the North Island on Friday, just some cloud passing through Northland at times, there could also be some morning cloud about Bay Of Plenty. Temperatures getting warm with afternoon high’s approaching the mid twenties in some areas.

The West Coast of the South Island has a mostly cloudy day, perhaps a light shower or two also, sunny and warm in the east. 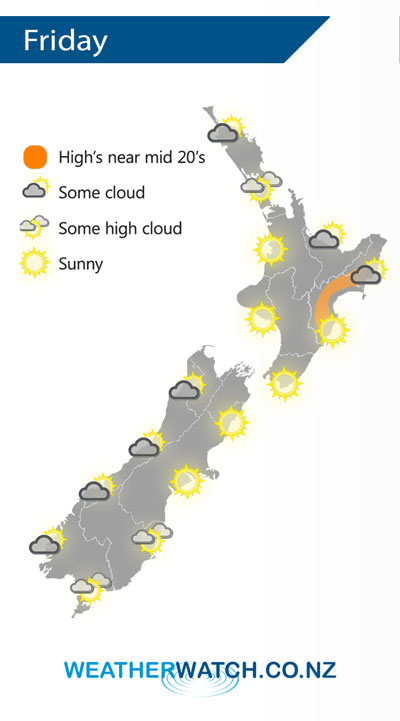