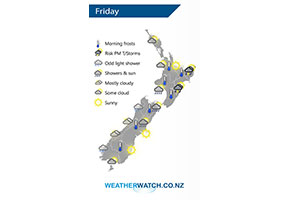 A large anticyclone brings fairly settled weather to most of New Zealand on Friday, however an upper pool of cold air may induce some unstable activity about the eastern North Island in the afternoon.

Fairly settled weather for most of the North Island on Friday however from afternoon showers develop about the hills and ranges along the east coast, some of these showers may become heavy with thunderstorms and hail then clearing in the evening. 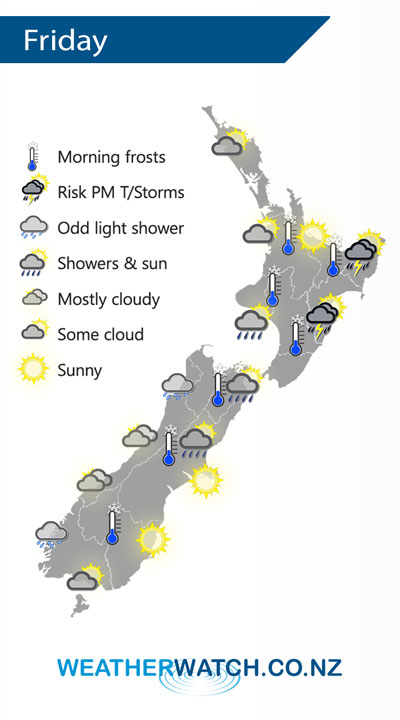