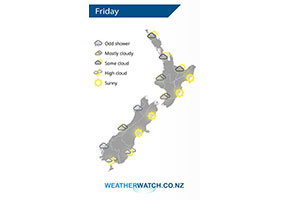 An anticyclone brings settled weather to most regions around New Zealand on Friday, some cloud in the west however especially morning. Some early morning rain for the South Island’s West Coast.

Morning cloud breaks to sunny areas for the western North Island on Friday, Taranaki southwards may see cloud persist for a longer period of the day. Mainly sunny conditions in the east with warm afternoon temperatures.

The West Coast of the South Island sees early rain ease to the odd shower, afternoon sun breaks through. Mostly sunny along the east coast with warm afternoon temperatures. 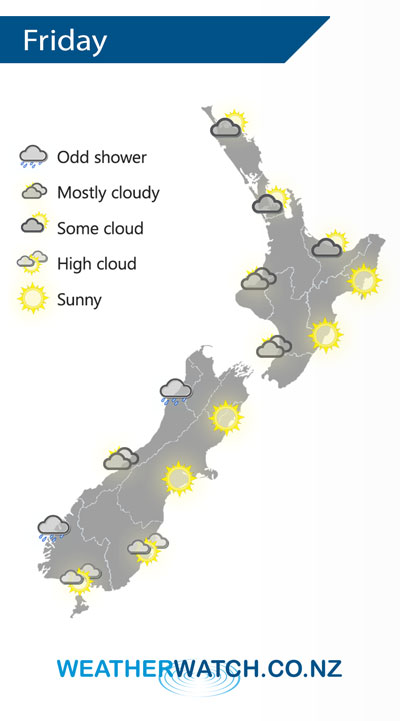