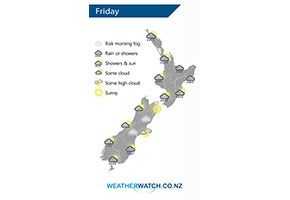 A broad but weak low pressure system lies over New Zealand on Friday, a front associated with this low gradually moves from west to east over the North Island during the day.

Rain eases for most of the western North Island on Friday morning to the odd shower, some sun may break through also. Rain about the Bay Of Plenty eases from afternoon, sun may not make an appearance till later in the day. Some rain for the Wairarapa spreads into Hawkes Bay during the morning then into Gisborne early afternoon.

Mainly dry for the South Island with a chance of morning fog for some inland areas, especially Canterbury. The odd shower about also, especially the southern half of the Island. 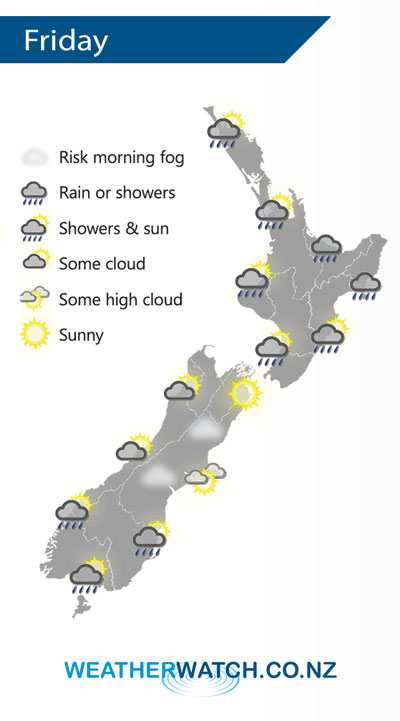