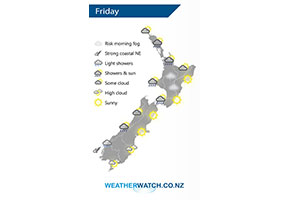 A ridge lies over the North Island on Friday extending out from an anticyclone east of the North Island, meanwhile a light northwesterly airflow gradually develops further south.

A chance of morning fog for inner parts of the North Island on Friday morning then breaking to some sun, cloud quickly increases for many however with the odd shower moving in. Western Bay Of Plenty sees patchy rain or drizzle all day.

Sunny for eastern parts of the country, just a few areas of high cloud about Southland and Otago. A bit cloudier on the West Coast of the South Island, especially for South Westland where drizzle or showers are likely all day. 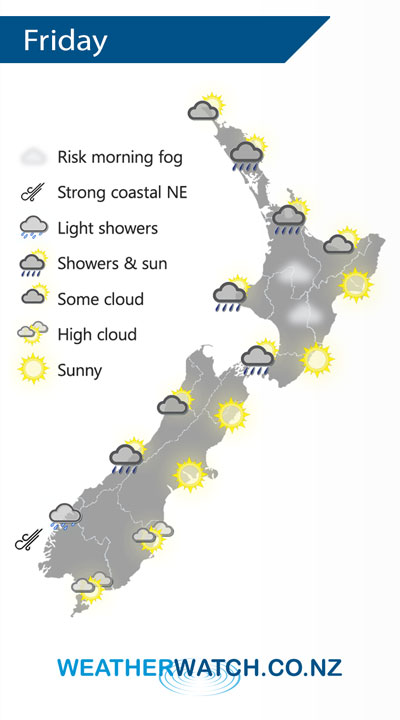