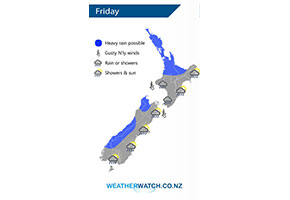 A low moves in from the west pushing over the South Island later on Friday, a front accompanying this low passes over the country from west to east during the day.

Rain or showers for most regions on Friday, rain may be heavy at times also for the areas coloured in blue below. Rain looks to be mainly heavy for western parts of the South Island in the morning. Rain for the upper North Island could be heavy at times from afternoon however a greater chance exists later in the day / overnight.

Areas of rain in the east tend to be a bit more scattered and comes in the form of “spillover” rain from the west. Northerly winds get a bit gusty through central New Zealand during the day. 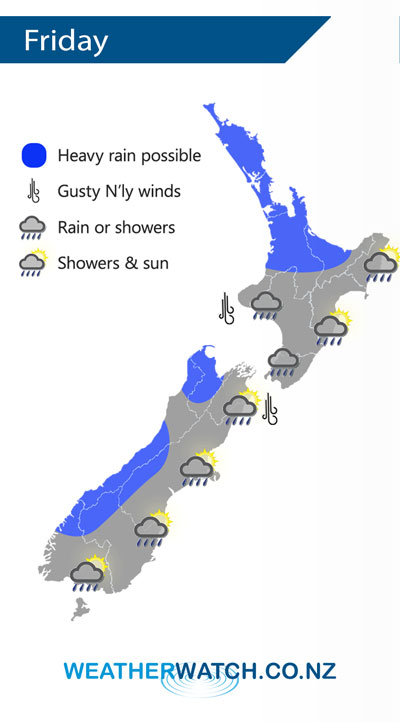