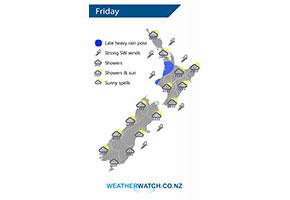 A cool southwesterly airflow eases over the country on Friday, a finger of moisture stretches out from the Tasman later in the day bringing some rain to the western North Island.

A few showers pepper many regions around New Zealand on Friday, for the South Island it’s mainly in the morning. Expect plenty of long dry areas also.

Later in the evening or overnight some rain moves onto the western North Island, a chance that within this rain there could be a heavy fall or two. 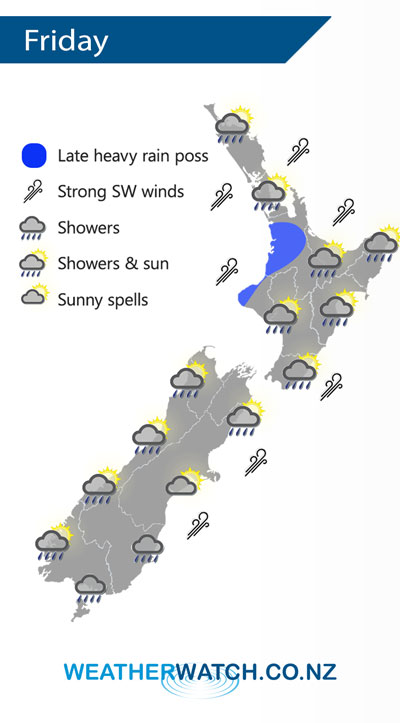