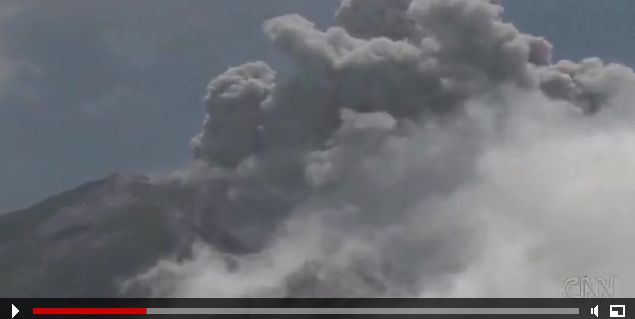 donesia’s Mount Merapi volcano erupted several times Wednesday, while an earthquake struck off of the coast of Papua, far to the east of the volcano.

Mount Merapi, in central Java, spewed plumes intermittently for about five hours, sending out enough ash to prompt authorities to extend the danger zone an extra 5 km, to a 15 km radius from the volcano.

The extension forced thousands of evacuees to seek shelter farther away, a local journalist told CNN.

Mount Merapi’s lava and ash have killed at least 39 people since it began erupting on October 26. An additional 74 have been injured and more than 71,000 people have been evacuated, according to Indonesia’s National Disaster Management Board.

Residents on the volcano have repeatedly fled, returned home to check on their houses and farm animals, and fled anew with each fresh eruption.

The 6.1-magnitude earthquake off the eastern Indonesian coast Wednesday did not prompt tsunami warnings from Indonesia’s Bureau of Meteorology, Climatology and Geophysics or the Pacific Tsunami Warning Center.

There are no reports of damage or injuries so far.