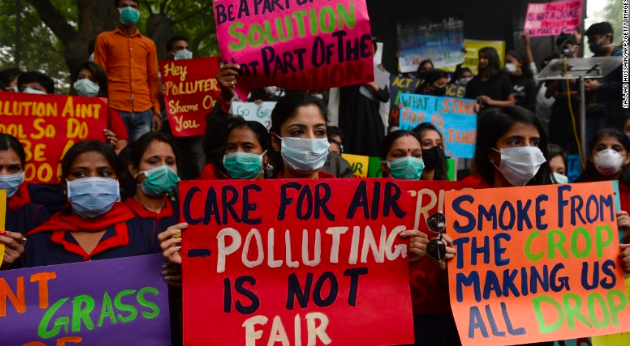 Schools across New Delhi will be closed for the next three days due to smog, Delhi Chief Minister Arvind Kejriwal said Sunday.

In addition, construction and demolition work were banned for the next five days, Kejriwal said at a news conference called to announce emergency measures to protect the public from air pollution.
He cautioned that odd-even rationing for vehicles — in which cars would only be allowed to operate on alternating days depending on their license plate numbers — could be implemented if the situation does not improve soon.
More than 5,000 schools will be closed. The emergency measures follow a week of unusually high smog levels in the city, which many people blamed on the firecrackers and fireworks set off last Sunday night in celebration of Diwali.
The Air Quality Index from the US Embassy in Delhi measured the city’s air quality at 999 at one point on Sunday, a level considered hazardous and more than three times the measured level of 300 in previous weeks.
Photos showed dense clouds of smog enveloping parts of the city and residents wearing masks to avoid breathing in the air.