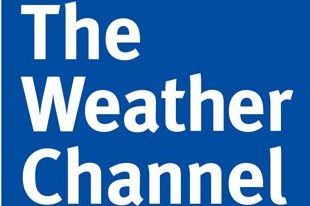 WeatherWatch.co.nz talks to Dr Greg Forbes, Severe Weather Expert at The Weather Channel in Atlanta to find out more about the largest tornado outbreak in history to hit America last month – and asks if there is any link to the recent tornado in NZ.

National Weather Service forecast offices issued life-saving tornado warnings with an average lead-time of 24 minutes and warnings were in effect for more than 90% of the twisters.

To date, NOAA estimates the outbreak spawned 305 tornadoes, making this the largest tornado outbreak in history – surpassing the April 3-4, 1974 outbreak with 148 tornadoes. So far, the National Weather Service has surveyed damage from 178 tornadoes and determined that two topped the scale at EF-5, four were EF-4, and 21 were EF-3. Dozens more have been categorized as EF-2 or lower.

NOAA (National Oceanic and Atmospheric Administration) estimates there were more than 600 tornadoes during the month of April 2011, shattering previous records.

The Stats – by NOAA

However Dr Forbes of The Weather Channel (Weather.com) says they are still waiting for more details from NOAA but he believes it appears to be the secondly deadliest single day outbreak.

“Not everything that NOAA has said may be fully accurate, as their count of tornadoes is not yet complete” Dr Forbes told WeatherWatch.co.nz. “Their preliminary counts of tornado reports is often an overestimate. We have not exceeded the single-day totals from the 1974 Superoutbreak yet in number of confirmed tornadoes, but have for the multi-day outbreak”.

Mr Forbes says their counts of EF4 and EF5 tornadoes are accurate.

Last Tuesday’s tornado that hit Albany was estimated to have been an EF2 and the scale starts at EF0.

“They (NOAA) are not counting a two-day episode of tornadoes in the South back on April 5-6, 1932 because tornadoes appeared to stop overnight, so they didn’t consider it an outbreak. But it was from the same weather system, so it should take second place with 454 deaths in 2 days. The 2011 outbreak is second-worst for a day.

“Both the number of EF3 and higher tornadoes and their long paths meant they affected large areas with strong winds, and they happened to hit numerous populated areas which drove up the death tolls despite very good warnings”.

“Houses aren’t built to withstand such winds. They were wide tornadoes, also increasing the area affected”.

Dr Forbes says the recent deadly tornado outbreak in America has “no relation to the New Zealand tornado that I know of” and said he couldn’t comment on the predictability of the Albany tornado and why it was never forecast.

Images are being collected at 5,000 feet from a NOAA aircraft equipped with specialized remote sensing equipment. After images undergo quality-checking and processing, they appear on a public website to assist responders with search and rescue operations, routing personnel and machinery, planning recovery efforts, and better understanding damage caused to the environment.