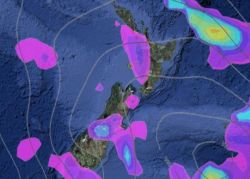 WeatherWatch.co.nz predicts a large but weak area of low pressure will move across the South Island this weekend bringing rain and showers to both islands. 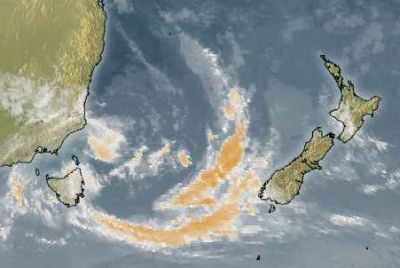 However forecasts are proving tricky with the rain clouds very fragmented.

As you can see from this afternoon’s satellite map the low – which is centred just off the north-east coastline of Tasmania – the clouds have torn apart and there are large areas of blue sky.

As the low moves towards New Zealand it may weaken further meaning there will be some rain about, but it’s unlikely to be widespread – so while rain is the forecast for most places at some time later on Friday or during the weekend there may be more time when it’s dry rather than wet.

Below you’ll find the rainfall predictions, provided to us by Weathermap.co.nz.  Purple/darkblue ndicates light rain, Pale blue and yellow is moderate rain, orange is heavy. 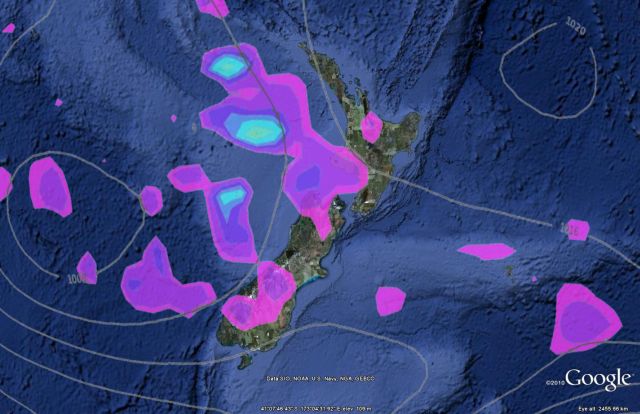 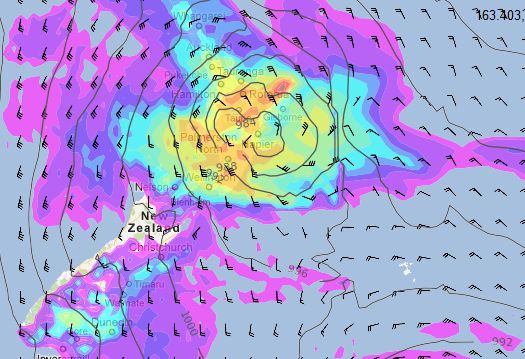 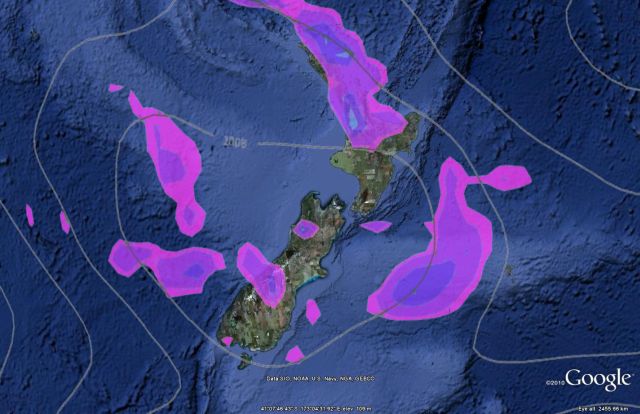 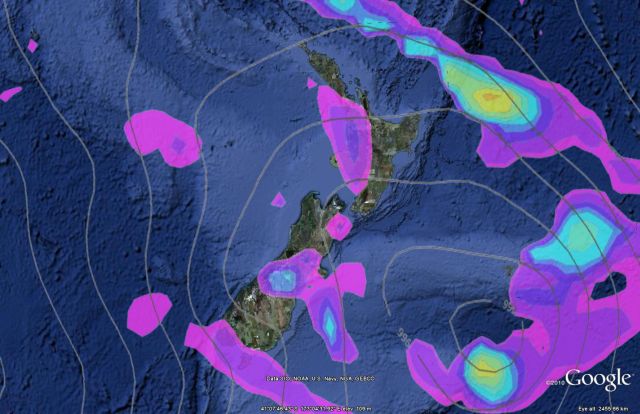 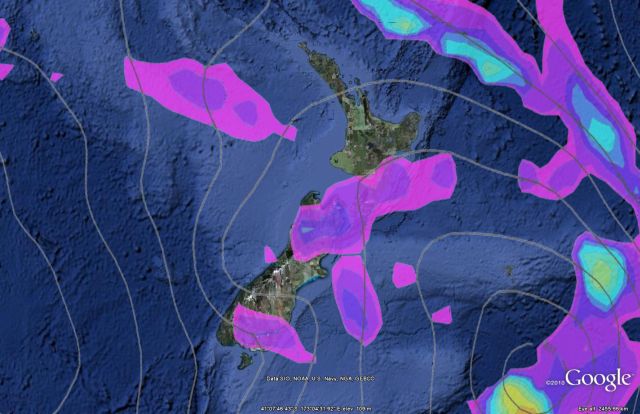