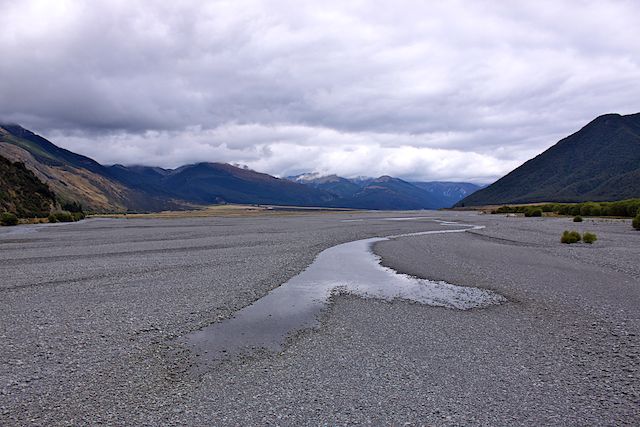 Today seems to be showing a little more action across the country but most of the focus appears to be over the South Island.

A front is swooping in from the Tasman and ahead of it temperatures are likely to move into the high 20s or even nudge the low 30s from Marlbough to South Canterbury and inland areas of Central Otago could also feel the heat.

Nor’ westers are building already this morning across the south with inland areas of the Mainland and parts of Nelson and Marlborough into the low twenties early this morning.

Rain with a few heavy falls is likely along much of the West Coast and western areas of Nelson with lighter falls spreading across the rest of the province and also Southland and Otago this afternoon or this evening.

The North Island might see cloudy areas drift across every now and then with the risk of a shower from cloud build ups over central areas later today. Mostly though the weather is looking summery and temperatures a notch or two above average.

Conditions continue to dry out over northern and eastern districts and the next week or two is still looking mainly settled and dry which is not helpful for many in the rural community.
There’s talk of water tanks running dry and very low water tables and the immediate future doesn’t appear to be topping those up much at all.

Farmer Don McClintock of Selwyn says a brief fall of rain last week helped his farm at the time but drying winds has seen that evaporate. ” The difference from last summer is immense and last January most paddocks were green and lush but this year there’s not one blade of green grass to be seen” he says.

Rain guages across the district have been mostly dry of late and a few showers possibly tomorrow won’t be helping much at all.The dry conditions are also keeping the fire risk very high.

Homepage image of a dry riverbed in Canterbury

Between you and Mestservice I notice quite different extended forecasts for Gisborne on Sunday 27 and Monday 28.

You say: Sunday mainly fine with possible showers then Monday sunny with some cloud.

MS says: Sunday rain with easterlies Monday showers with easterlies
then forecast rain for the rest of the week days while you say “conditions continue to dry out over northern and eastern districts and the next week or two is still looking mainly settled and dry which is not helpful for many in the rural community”.

I know which I want to believe but I’m kind of confused by such differing forecasts.

Hi there and thanks for getting in touch

Our provincial forecasts are mainly computer generated and we’re continuing to roll out our focus in detail with our main centre forecasts this year.

Provincial areas we will focus on more next year and beyond.