‘I was just out there with the best of intentions’ – Pero 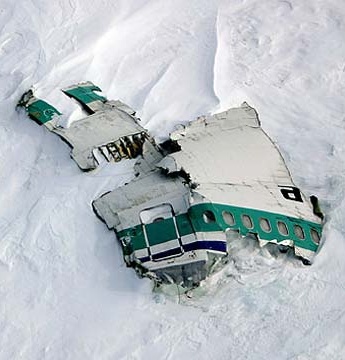 Businessman Mike Pero says he feels like he is being persecuted for trying to do the right thing by helping the Erebus crash victims’ families travel to Antarctica for January’s 30 year anniversary.

Late yesterday Mr Pero said issues with Qantas crewing the flight had postponed the trip but he remained hopeful it would proceed.

The Air NZ DC-10 crashed into Mt Erebus after ‘whiteout’ conditions concealed Mt Erebus along with an incorrect flight plan which confused pilots.

“If … the supplier of the aircraft just don’t want to be involved in this matter, it’s obviously turned into a can of worms.

” I believe that everyone should do is just let the dust settle and address this maybe next week,” he told Radio New Zealand.

Mr Pero said he hoped to form common ground with Air NZ and the families, then readdress the plan.

It was always his intention to respect the families’ wishes, he said.There was only ever one flight planned with the priority to fill it with family members.

He felt he had been persecuted.

“I don’t want to do this any more. I was just out there with the best intentions and now it’s turned right round.

“All I was trying to do was facilitate what I believed were the wishes of the families.

He had planned to charter a Boeing 747 from Qantas in Australia for 307 people who wished to travel to Antarctica to pay their respects to the victims of New Zealand’s worst air disaster.

However Air New Zealand said the flight was “opportunistic” and timed to cash in on the 30th anniversary of the tragedy in which 257 passengers and crew died.

Other family members of the victims have also criticised the timing.

Susan O’Rourke, who lost her mother in the crash, questioned the timing of Pero’s memorial flight, saying it was in “poor taste”.

“If he’s so concerned, why didn’t he do it before?