Hydro schemes likely to get smaller 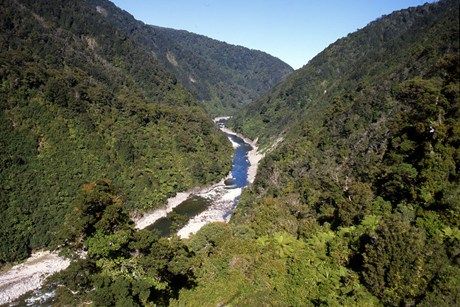 The state-owned power company Meridian Energy on Tuesday said it had dropped plans to build a $300 million, 85-metre high dam on the river north of Westport because of the high cost of the project and the risk of not getting final permission to go ahead.

It follows the abandonment in the past 10 years of Project Aqua on the Waitaki River and a series of dams on the Clutha river.

Meridian Energy’s chief executive Mark Binns says it wasn’t worth spending the money given the likely bitter struggle through the Environment Court.

Hydroelectric power made up 56 per cent of New Zealand’s electricity generation in 2010 and has been a key component of renewable power making up 74 per cent of the country’s total generation.

But Mr Binns says it’s not easy to get consents for large hydro schemes.

“Hydro is a harder prospect to get consented when you’re talking about a wild river like Mokihinui that degree of difficulty probably increases,” he told Radio New Zealand.

“Building dams is a lot riskier in terms of the civil construction risks than you take in building say a wind farm.”

Trust Power company executive Graham Purchase said large hydro schemes such as the Clyde Dam, completed in 1993, were probably a thing of the past.

“I think the future lies in smaller generation built regionally to satisfy regional demands so you don’t have to ship large amounts of power round the country.”

Buller Mayor Pat McManus said Meridian’s decision was disappointing for the region, which was looking to be self-sufficient for power.