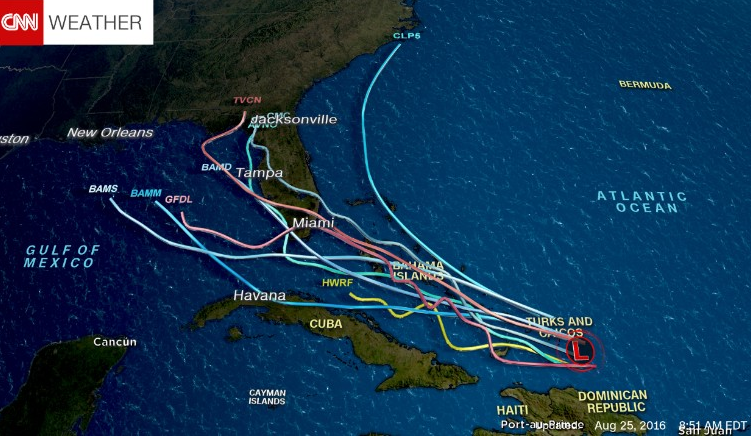 Tropical activity in the Atlantic peaks between mid-August and mid-October. Right on cue, we’ve seen two named storms develop in the past 10 days.

First was Tropical Storm Fiona, which moved harmlessly through the central Atlantic and dissipated earlier this week.
Then on Monday the seventh tropical depression of the season formed off the west coast of Africa. This system quickly became a tropical storm and then a hurricane receiving the name Gaston.

It’s the third hurricane of the Atlantic season, and while Gaston is expected to be a hurricane for several days, it, too, will move harmlessly through the open waters of the Atlantic as it curves out to sea well east of Bermuda.

While neither of these storms proved noteworthy for the United States, there is a strong tropical wave entering the Eastern Caribbean that people should take note of.
The National Hurricane Center is giving the system a high chance (80%) of developing into a tropical storm by late this week as it moves through the central and eastern Bahamas.
Uncertainty with this storm is very high and computer models are providing a wide range of potential solutions. Some of our most reliable models show a hurricane in the Gulf of Mexico early next week. Other models show a storm hitting the Southeastern United States.
And some models never develop anything from this tropical wave.
Regardless of development, the storm will bring gusty winds and heavy tropical downpours to areas of the Caribbean from Puerto Rico and Hispaniola to the Bahamas. That heavy rain will get to Florida as early as Sunday.
At this point it’s far too early to forecast the specifics, but it is something that should certainly be monitored closely by anyone with interests in the Gulf of Mexico or along the Southeast coast of the United States.
– CNN.com