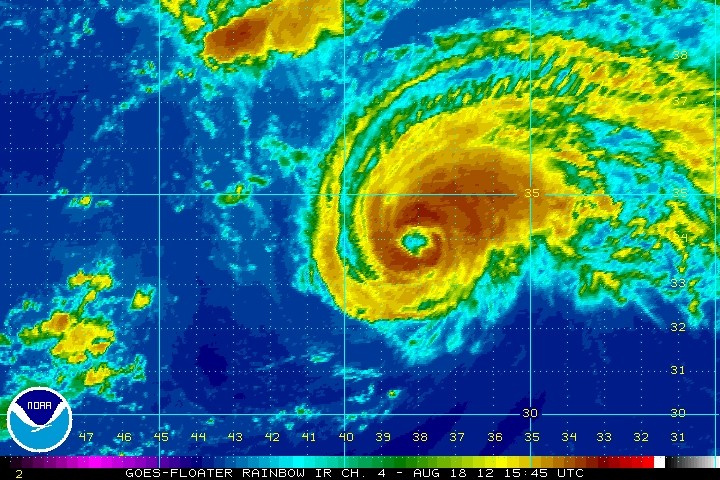 Gordon, a powerful category 2 hurricane is continuing to make its way eastward across the Atlantic.  Impressive for a hurricane that is now at 36â° N.  That’s a pretty high latitude for a hurricane, especially one that is still strengthening.

To give you some idea about that latitude in relation to the tropics, Mangawhai is located at 36â°S.

Gordon is expected to produce about 100 to 150mm of rain over the Azores through Monday.

The US is watching a cluster of storms much further south.  There is a good chance that a tropical depression will form from that cluster over the next day or so.  If it makes it all the way to storm stage, which seems likely at this point, it would be named Issac.

Currently, it looks like the potential for this system to threaten the Carribean Islands and the south-eastern US is pretty high.  It’s something that will need to be watched very carefully as it develops.  We will know more over the next 24-48 hours.

Northern hemisphere much warmer than ours probably due to bigger land masses.