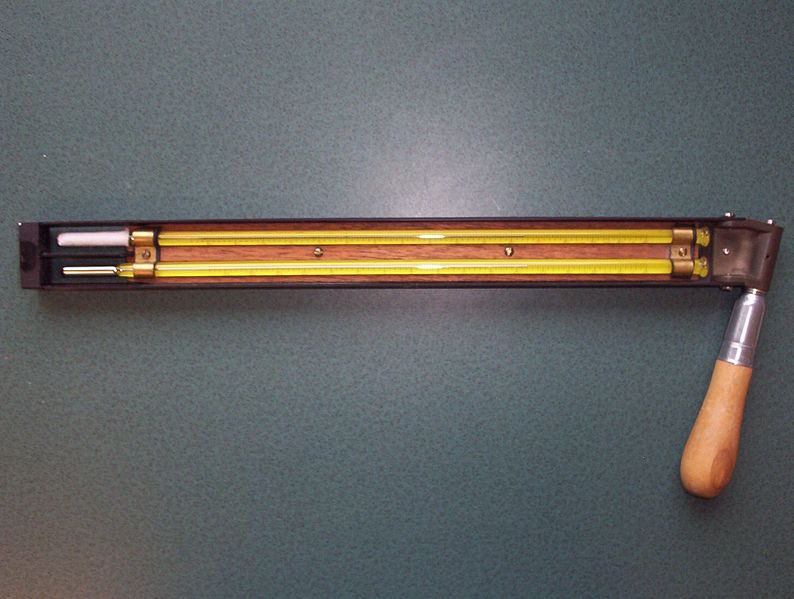 When talking about how muggy it is, it would seem to make sense to find out what the humidity it is.

However, if the temperature is 30 C and the relative humidity 90%, that is an incredible amout of water vapour since the air is capable of holding so much more at that temperature.

That means that “relative humidity” will always be dependent on the temperature.  Knowing the RH without knowing the temperature doesn’t help much when you are trying to figure out how muggy it is.

Which may leave some of you wondering if there is anything better.

The answer is; yes.

The dew point.  Or “dewpoint” as some people spell it.

The dew point is the temperature to which the air must be cooled, without removing any moisture, so that saturation will occur.  Kind of like taking a big glass and filling it halfway with water.  The glass is the air temperature and the relative humidity is half, or 50%.  If you could shrink the glass to the point where the water rose up to the rim of the glass, that would be your dew point.

For the average person all they want to know is; is it muggy outside?  Well, if you know the dew point you can tell without even knowing the air temperature.

This really only applies to summer-like air temps.  A dew point of 10 with an air temp of 10 means the air is loaded with water vapour and it’s likely to produce dew or fog.  That’s not what I would call dry air.  But not exactly “muggy” either.

Also, remember that not every perceives temperature and humidity levels the same way.  These numbers are just based on what the average person would likely perceive.  But it’s a good chart to use as a guide.

Finally, a couple of quick notes.

Great article – by far the best explanation of humidity I have read full stop…
Howard – I look forward to reading more informative weather insights from yourself in future !!

So will you start adding the dewpoint to each cities forecasts ?
especially in summer

Yeah that will be most helpful!

Hi there – we don’t put the number in but we certainly use more descriptive language than other forecasters to try and capture the ‘feels like’ temperature.  We’ll often use words like "pleasant, muggy, stifling, damp" etc – to try and cover off how the weather ‘feels’ as well.  It’s a bit subjective but overall I think we have a very good balance.

Always looking to improve too!