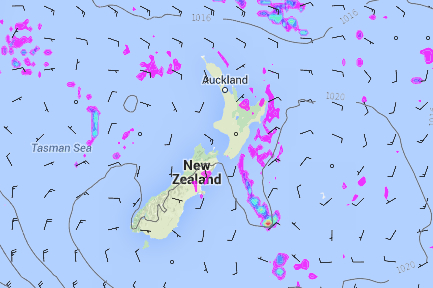 Thursday sees the anticyclone which has dominated our weather continue – with a humid easterly airflow over the South Island.

The airflow over the North Island could well lead to heavy showers and thunderstorms in the afternoon and evening, especially in western parts – from Wellington right up to Auckland.

The South Island may see shower activity in the upper inland part of the island, with Buller at risk of heavy showers in particular, and the chance of thunderstorms too.
This will be less likely than in the North Island, but there’s still a risk there.