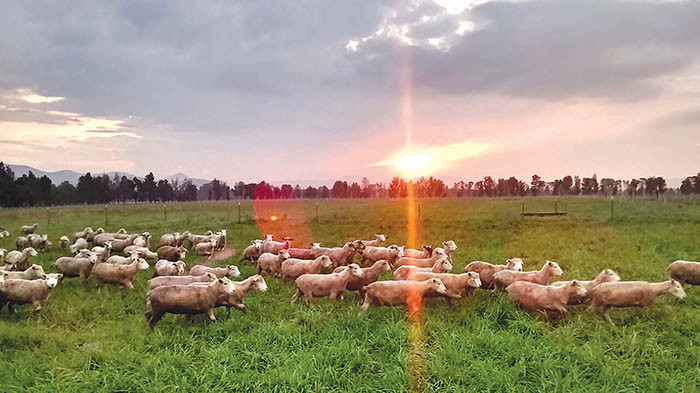 After our poll of two weeks ago, we followed the progress of the country’s largest live sheep export over to Mexico – and it looks like it went without a hitch!
The following is from the Ashburton Guardian:

The ship has berthed and nearly 45,000 healthy breeding ewes and 3000 cattle have been quarantined on quality Mexican pastures, and the South Island economy is around $15 million richer according to the broker of the shipment.

After 16 days on board the Nada, around 100 trucks took one of the largest live sheep breeding exports in New Zealand history to quarantine, on their way to drought stricken Mexican farmers desperate to replace culled livestock in one of the worst droughts on record.

Just how healthy the stock were when they arrived, was reflected in the fact that they put on 4kg and Mexican trucks supposed to take 350 sheep each load, had to reduce that number to 305 because of their size, according to the report Mr Walsh received.

He was “very pleased”, as were the Mexican authorities, with the health of the livestock consignment.

Deaths on board the ship were very low with only 0.03% of sheep and just one cattle-beast lost â€“ well under New Zealand normal farming attrition rates according to Mr Walsh.

The Nada had the capacity to take 110,000 sheep so there was plenty of room for livestock to move, he said.

The stockmen on the boat said the livestock travelled extremely well and were in “excellent order” when they arrived.

Around $10 million was brought into the South Island economy from North Otago up, while $5 million went to Otago Southland when staff working at the feedlot, stockmen, Assure Quality staff and farmers who benefited, were accounted for.

“It has certainly helped in a difficult dry season.”