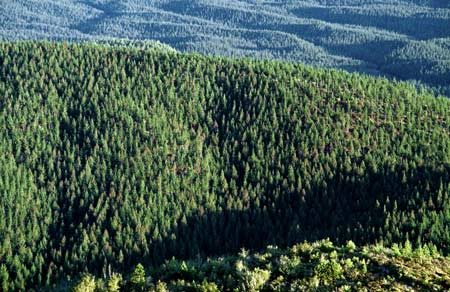 There’s concern after Treasury advice to the Government suggested it may cost as much as 52 billion dollars for New Zealand to meet its emissions targets next year.

He says a lot of the forestry which has helped New Zealand over the years is being cut down, and that will have a serious impact.

“On top of the additional emissions from the trees now releasing that carbon that was stored before we’ve been letting fossil fuel and agricultural emissions rise steadily in the meantime and the combination is this big bill,” he says.

If our gullible governments hadn’t involved NZ in this scam there would be nothing to worry about. Instead we have government employed people promoting the doom and gloom predictions of the UN IPCC and the their climate models, none of which bear any resemblence to reality. Just recently our Commisioner for the Environment Dr Jan Wright warns of major consequences from sea level rise based on these models. She tells us there has been a 20 centimetre rise over the last 100 years, then says a rise another 30 or so centimetres by 2050 is inevitable based on the latest projections from the IPCC. So it’s going to go from an average of 2mm per year to an average of over 8mm per year and climbing for each year it doesn’t reach that target. Considering there has been no global warming for nearly 2 decades and with a reduced rate of sea level rise in recent years the disconnect is astounding.

additional emissions from the trees .. releasing that carbon? This is a statement that confuses natural processes for the carbon credit market.. that tree carbon isn’t being released other than from the earth, & sold. It won’t become carbon dioxide again for a while. Aren’t the forestry people supposed to pay the bill out of the profit they make for selling the timber?