How is it looking for snow? 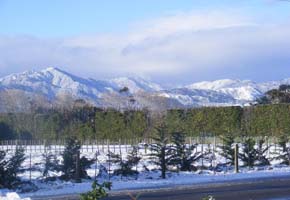 WeatherWatch.co.nz forecasters say snow chances to slighter lower levels than recent snowfalls are possible early to mid next week in the South Island. Forecaster Aaron Wilkinson says, “A cold southwesterly airflow is looking to develop on Monday in the South Island bringing cooler temperatures till Wednesday enhanced by an anticyclone pushing into the southern Tasman Sea, snow flurries may reach down to 400m about the hills of Otago and Canterbury during this time”.

With the snow lately about the ski fields in Canterbury they are fairly happy already however a top up won’t go a miss, the area of concern may lie more with farmers due to newly born stock however Aaron goes on to say, “Amounts don’t look to be large at this stage during the period so while it may cause a few concerns it shouldn’t cause too many issues”.

In the North Island during the same period, ski fields are likely to get some snow which will be welcome. The Desert Road may get a sprinkling on Tuesday and Wednesday also however amounts are fairly small.

”By Thursday the anticyclone that helped pull up the cold air looks to be moving in clearing up the weather so it should be a good morning to go skiing, however it may be short lived”.