How hot does it get in Australia? 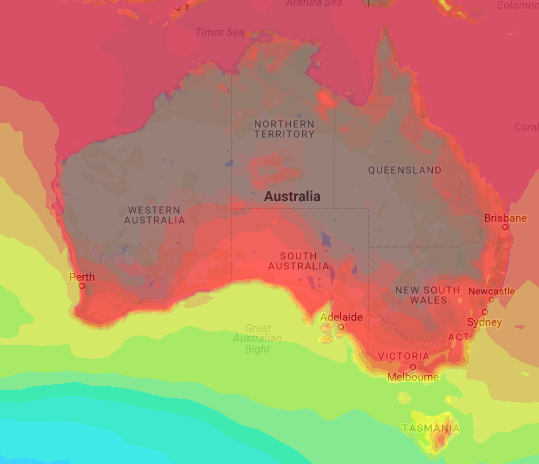 With summer underway in Australia and heatwave conditions affecting a number of states this week, a lot of temperature observations are being compared to historical records.

These comparisons help us answer questions like: Has it been this hot before? How unusual is this type of heat? It’s also a good way to find out if it really was “hotter than this when I was growing up.”

Australia is fortunate to have a comprehensive and robust database of observed temperatures, which stretches back more than 100 years for many locations. This database is scrupulously maintained by the Bureau of Meteorology and it provides us with a rich history of weather information in Australia.

While all heatwaves are worth monitoring and can cause serious illness or even death, they aren’t all record breaking.

So, what would it take to beat any previous temperature observation in Australia?

Our nation’s highest reliably recorded temperature was a scorching 50.7 degrees at Oodnadatta Airport on January 2nd, 1960.

Western Australia’s Mardie is the only other location in the country with a reliable observation above 50 degrees, reaching 50.5 degrees on February 19th, 1998.

Here are the highest temperatures on record by state/territory:

If you were a child in Oodnadatta in 1960, then it really was hotter when you were growing up.