How did CNN’s Anderson Cooper get sunburnt eyes? 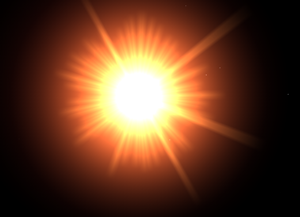 CNN host Anderson Cooper is looking back on an ordeal that cost him his eyesight for a day and a half.

Cooper sunburnt his eyes on a recent trip to Portugal, and was subsequently blind for 36 hours. Cooper said the injury occurred while he was on the water, without sunglasses, for an extended period of time reporting for CBS’s “60 Minutes.”

“I wake up in the middle of the night and it feels like my eyes are on fire, my eyeballs and I think, ‘Oh, maybe I have sand in my eyes or something,'” Anderson said. “I douse my eyes with water. Anyway, it turns out I have sunburned my eyeballs and I go blind. I went blind for 36 hours.”

Just how common is sunburning your eyes? According to Dr. Deborah Sarnoff, senior vice president of The Skin Cancer Foundation and practicing dermatologist at Cosmetique in New York, sunburns to the extent of Cooper’s doesn’t happen too often, but it is possible if you’re not wearing the right protection.

“We have sunscreen we can put on our skin, but we don’t have eye drops that offer a protective film for the cornea, so it is really important that everyone, and especially people with fair or light eyes, wear sunglasses that protect against both UVA and UVB rays,” says Sarnoff.

According to Sarnoff, the outer eyeball layer, known as the cornea, is similar to the outer layer of skin. When it is burned by the sun’s rays, the cornea becomes inflamed — an effect called keratitis — which can be quite painful and, as in Cooper’s case, can cause temporary blindness. For someone like Cooper, who has light irises, there is a higher risk of burns.

And like sunburns on the skin, burning your cornea causes cumulative damage. “In the short run you heal, but in the long run sometimes the damage builds. We can get a sunburn, and we can heal from it, and the inflammation can go away, but it can add to the chronic damage and put us at risk for skin cancer,” says Sarnoff.

Eye issues like cataracts, skin cancer of the eyelids and melanoma in the retina are all possible risks from sun-damaged eyes.

Thankfully, with numbing and antibiotic eye-drops, it only takes a couple days to recover. “The good news is that our bodies are very regenerative, and we have regenerative powers in both the top layer of our skin, and on top of the cornea. We are always replacing the skin and corneal cells,” says Sarnoff. “It takes time, but within a few days you can be better.”

Even during the winter, you should protect your eyes from dangerous rays — particularly when they are reflected off bright surfaces such as snow. To keep your eyes safe, wear sunglasses and a hat with a three inch brim, advises Sarnoff. If you do get a burn, see your ophthalmologist right away.

By CNN.com and TIME.com