Hot start to the week but wet, colder, change coming for some (+3 temperature maps) 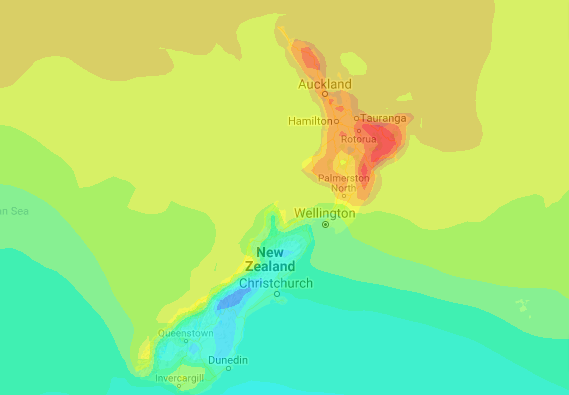 It’s hotter than normal for mid-December both today and Tuesday across much of New Zealand but some areas will get a significant mid-week cool down.

A weak but large area of low pressure will lazily track up the South Island on Wednesday bringing patchy rain, showers and a much cooler day. Some areas will be 10 to 12 degrees cooler in the afternoon compared to today, like parts of Canterbury, Southland and Otago.

On Thursday this change moves into the North Island but coupled with inland heating in the upper half of the ssland we may see more afternoon thunderstorms developing. The lower and eastern North Island will feel the cooler change on Thursday with temperatures dropping a few to several degrees but the very north will only have a slight change.

Warmer conditions drift back for many by Friday, the weekend or next week. 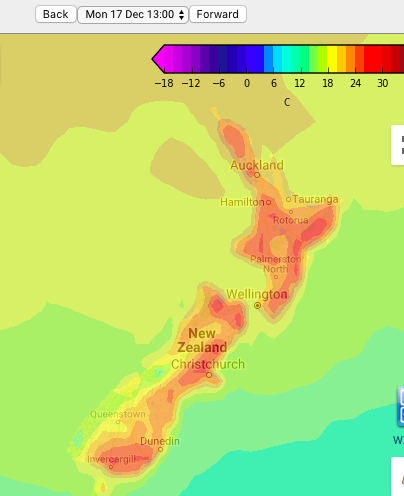 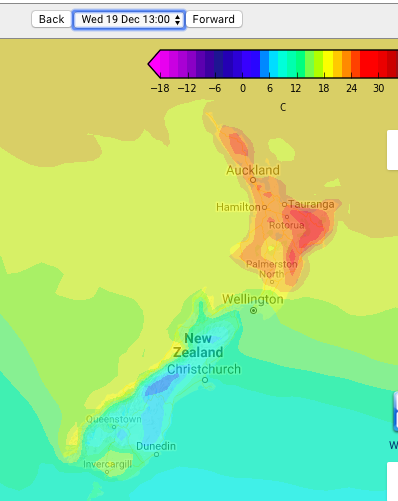 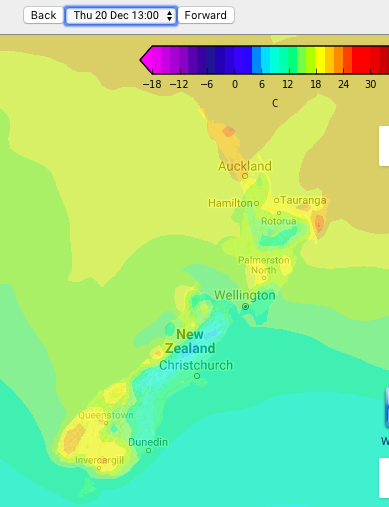