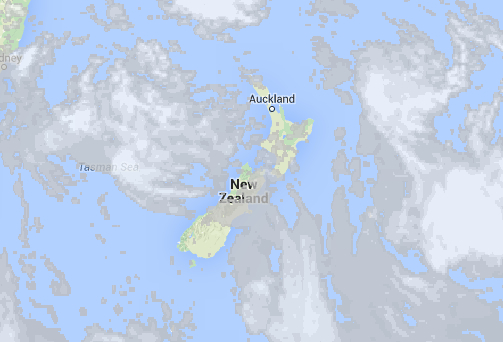 There’s some heavy falls and warm temperatures in the forecast today – but in the way of weather risks, just a few.

The weather system which has been tracking toward our west coast for the last couple of days will finally arrive from the Tasman Sea, and bring with it the possibility of showers across the middle of the North Island.
Places in the central band of the island – Waikato, Rotorua and the Bay of Plenty – could be in for a heavy shower or two during the day.
While these places are in need of rain, we are at pains to point out that this isn’t the droughtbreaker we are looking for – while the showers have potential to be heavy at times, they won’t be sustained or widespread, which is what we really need!

Down South, Southland, Central Otago as well as the coast, and Canterbury are all at risk of a heavy-ish shower – though this will be welcome news again for struggling farmers, it’s a similar situation as the North Island.
The rain activity isn’t steady enough or big enough to solve drought problems, but in saying that, every little bit helps!