Hot across the east of New Zealand (+5 Maps) 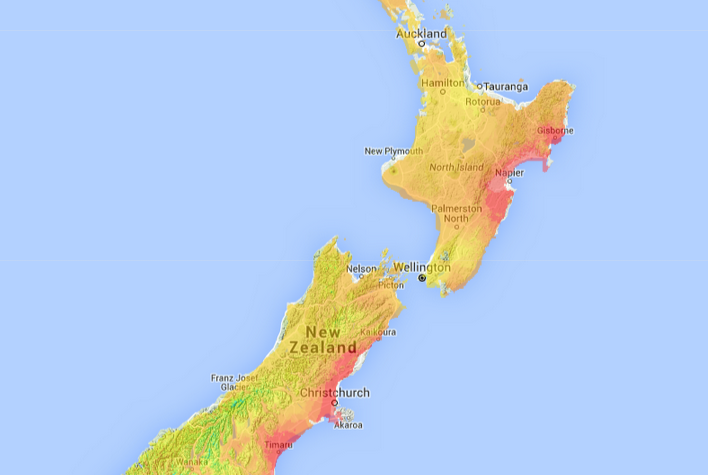 It’s a fairly hot afternoon for many in the east with the mercury hovering around the mid to late 20s for many areas, and even the low 30s for some.

Those in the west and north (including Auckland) are between 10 & 15 degrees cooler than the hot eastern areas.  The nor’west flow coupled with warm air from Australia are the reasons why eastern areas south of Gisborne are around 30 degrees.

Check out the current hot spot temps (current as of 1:45pm)…and further below the New Zealand-wide map showing who is hot, and who is not! 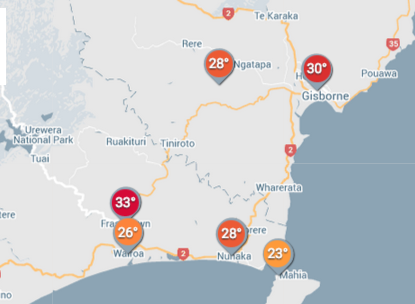 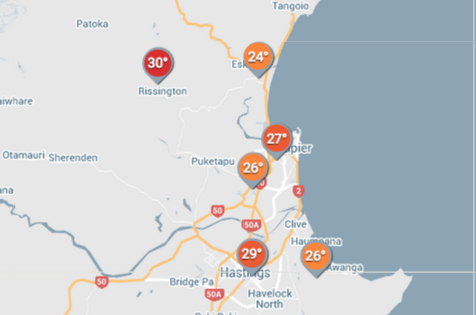 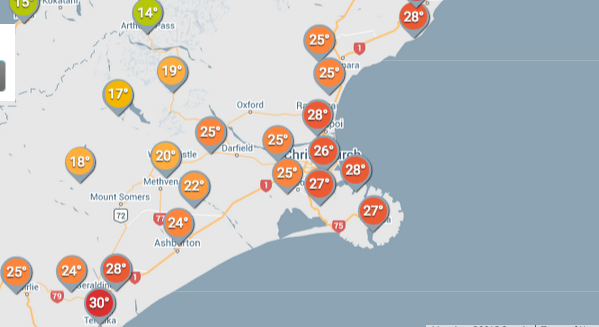 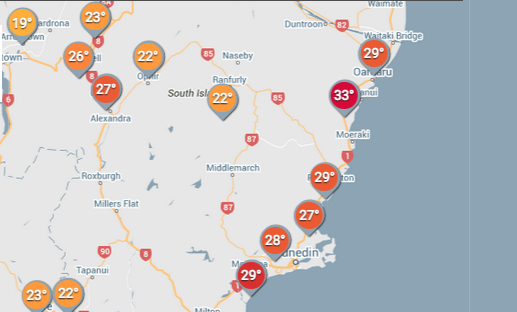 NATIONWIDE TEMP MAP AS OF 1:45pm 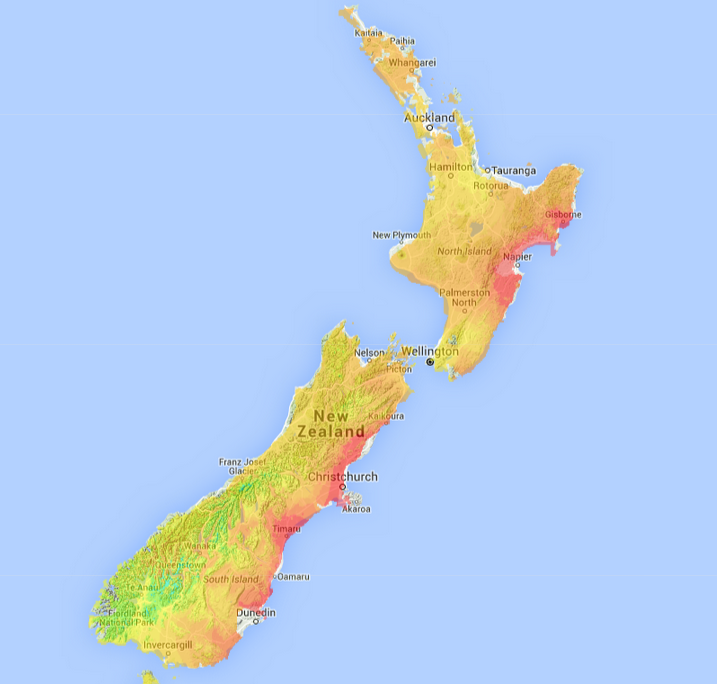