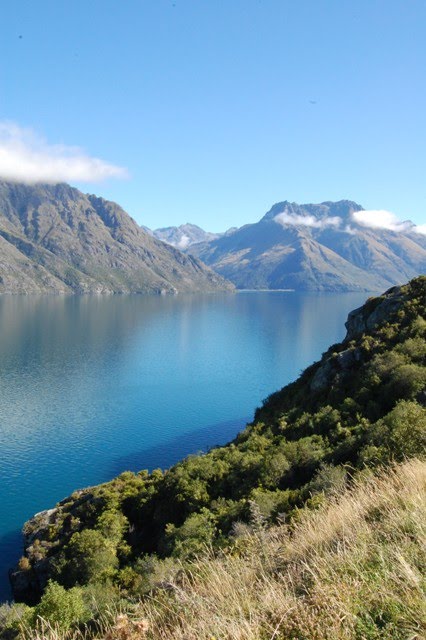 It’s been a hot summer in the south so far this season and as a result Invercargill, as of tomorrow, will see hosing restrictions and locals around Queenstown are concerned about the increasing fire risk.

WeatherWatch.co.nz mentioned earlier in the week that Alexandra has been the recipient of consistently high temperatures but much of Otago, Southland, inland parts of Canterbury and also West Coasters have been warm and dry for the last few weeks which has been ideal for holidaymakers but a bit of a concern for locals.

The lack of rain in the south has a few farmers worried as the dry spell starts to bite however there’s more than a suggestion of cooler temperatures by Friday as a strong sou’ west change is set to move in, delivering much cooler temperatures and some rain or showers.

Even as early as today clouds could build with the chance of a few showers but it won’t be until Friday when the front moves up from the south when colder winds and some rain or passing showers are likely to give some relief.

“Quite a few residents in Central Otago have had a gutsful of the hot temperatures so there area number hoping that some rain and cooler weather is going to be on the way ” says weather analyst Richard Green. “Of course it’s often hot at this time of year in inland areas of the south but this year there hasn’t been much of a breather from the very dry conditions”.

WeatherWatch.co.nz believes the cloud and rain or showers on the way will be relatively shortlived as next week  a return to sunshine and very warm temperatures is likely across Central Otago and also much of the lower South Island.