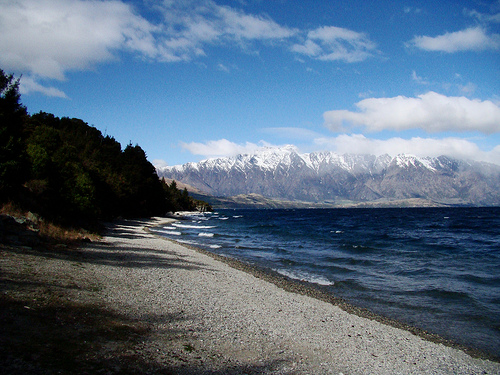 With the weather moving into a more settled pattern over large chunks of the country and as we gear up towards the Christmas and New year period, it’s important to remember that our chance of burning in the outdoors also moves up a notch.

Even though it’s possible to burn under overcast skies, it’s more likely when the sun is shining brightly and NIWA have issued caution from 9am up until 5pm for many parts of New Zealand.

Obviously peak times of the day is when the sun is overhead between 11-3pm and the message of slip, slop, slap and wrap is vital as many of us enjoy lakes, rivers and beaches over the holiday period.

Sun screens, hats and clothing all play a part in keeping skin cancer at bay which is a very real danger but it appears it’s the older end of our population who seem to struggle in getting the message rather than the youth.

The older generation grew up at a time when it was good to look tanned and any glimpse of sunshine was often nabbed for sunbathing, as much of the world was blissfully unaware of the suns danger. This has been a challenge to try and alther some people’s thinking.

Our melanoma numbers are very high and amongst the highest in the world per head of population and it doesn’t seem that it’s dropping anytime soon until we actually cover up when required.

Tourists also struggle with our fierce suns rays as the air is clearer and our ozone layer is a little thinner over New Zealand compared to a number of other nations and the chances of burning here are considerably greater.

I think we burn easier in NZ because of the low dewpoints (humidity) ,the air is drier.

The sunshine is very overdue. North and east of a line from Hokitika to Dunedin the country has been in deficit (to the 19th), especially in the central regions. Wellington still has a chance of recording its lowest ever December total.