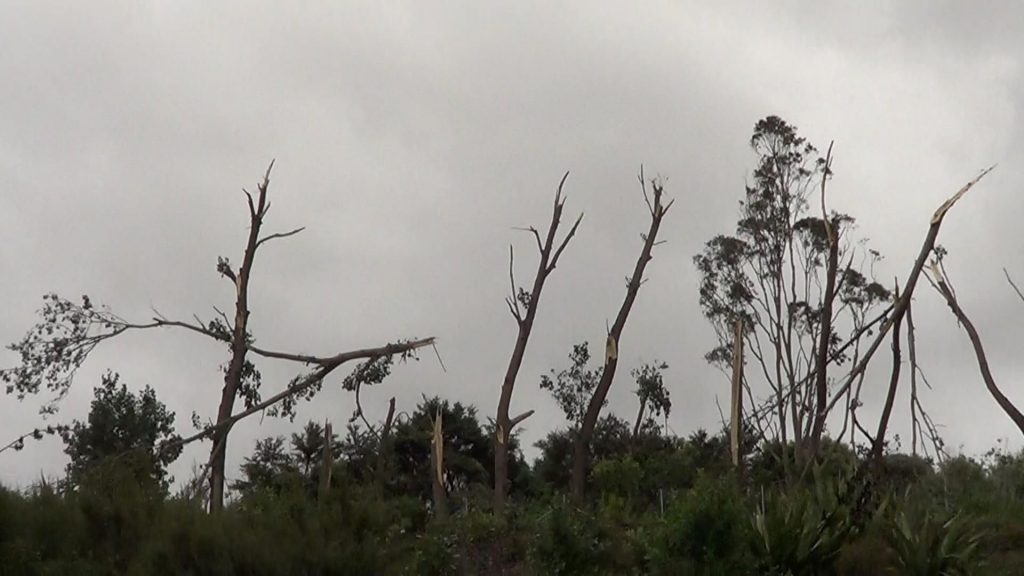 WeatherWatch.co.nz forecasters say yesterday’s tornado in Hobsonville may have had winds in excess of 200km/h as it tore through the small north west Auckland community.

Head weather analyst Philip Duncan says he has been stunned by the level of death and destruction and says the power of the tornado appears to be stronger than first realised.

“Yesterday we were talking about winds of 120km/h today we’re saying this was most likely an EF2 tornado with sustained destructive winds of 220km/h”.

The EF rating is the Enhanced Fujita Scale, which takes into consideration the quality of structures then, based on damage to those structures, can accurately work out the strength of the tornado.

“This was a significant and strong tornado not only for New Zealand but also US and international standards”.

Mr Duncan, who was just a few kilometres from Hobsonville at the time the tornado hit, says conditions were calm elsewhere.  “I was at the waterfront taking photos of the strange cloud formations over the CBD.  There was a bit of a downdraft but it was otherwise a calm morning when the tornado hit.  I have to say though, it was incredibly eerie”.

EF2 winds in a tornado are sustained at 180 to 220km/h and despite that considerable power the scale goes all the way up to five with sustained winds of 320km/h and above.

Auckland Civil Defence yesterday said a gust of 151km/h was recorded at a weather station at Schnapper Rock, which backs onto Albany and is very close to Hobsonville.

*The EF2 estimate made by WeatherWatch.co.nz was based on physical damage and eyewitness reports.

Go have a look it it, and if you think 220 kph is yr call then you would see nothing, I would suspect 400 kph would be more like it, the pics on the media say nothing, look for yourself, it is unbelievable the power that was unleashed here..